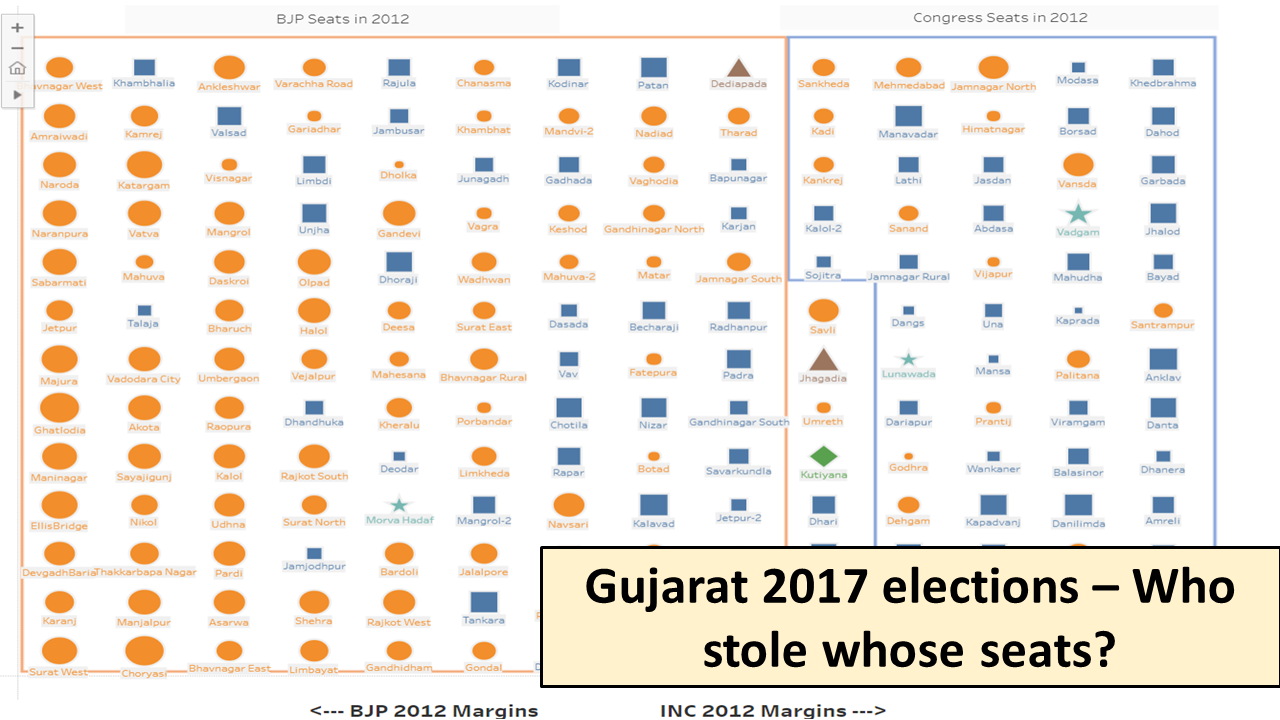 The 2017 Gujrat Assembly election was a important moment in Indian election History for many reasons. BJP had bet everything on returning to power for a 5th straight time and for the first time without Mr. Narendra Modi as the CM candidate. On the other hand, congress tried to launch Mr. Rahul Gandhi as a dependable leader on the national front. Sudden support from the grassroots for Congress surprised even the Congress leadership. In the end, BJP’s cadre support and intense campaign by the PM beat out the anti-incumbency factor to deliver the election with a 99-77 verdict in their favour.
But there are many lessons for BJP, as their faithful seats were shaken. Here is a seat transfer board between BJP and Congress.